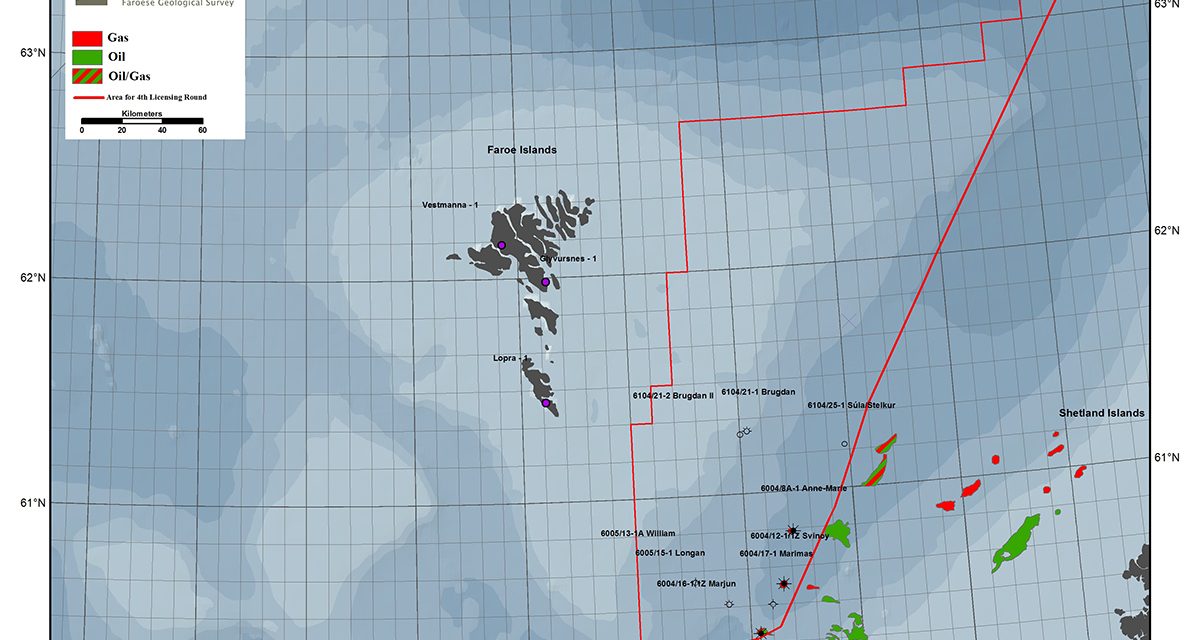 The Fourth Faroese Licensing  Round which closed on 17 February resulted in one application  to explore for hydrocarbons in the Faroese sector.

The Fourth Licensing Round has therefore ended without any licenses being issued. Jarðfeingi’s assessment is that the principal reason for there not being more applications is that the oil and gas industry has not resumed previous levels of exploration activity again after the economic crisis which afflicted the industry in the wake of the dramatic fall in oil prices in 2014.