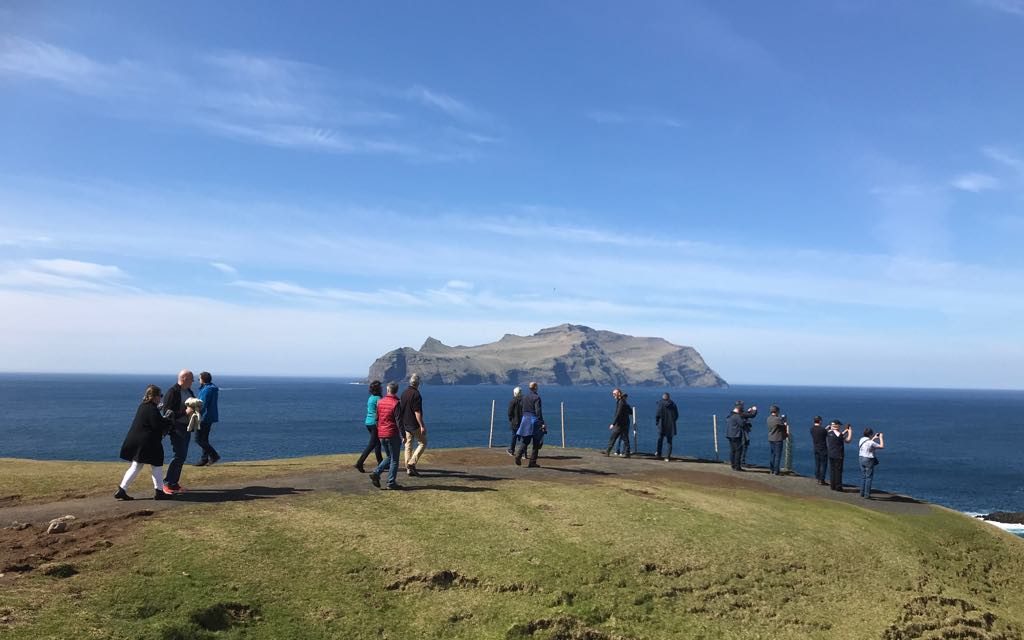 Earlier this week Jarðfeingi was the host of the North West European Heads of Exploration or NWEHE meeting in the Faroe Island.

The aim of these meetings is to discuss and deal with the different relations authorities with the responsibility of oil exploration and production have. This way the authorities can collaborate and guide each other in the different matters concerning the area.

The day after the meeting the guests were taken for a short field trip where they could experience some of the Faroes geology, a visit at Hiddenfjord salmon farming and a lunch in Gásadalur, before leaving the Faroe Islands in the afternoon.

The next NWEHE meeting is planned to be held in Isle of Man next spring.