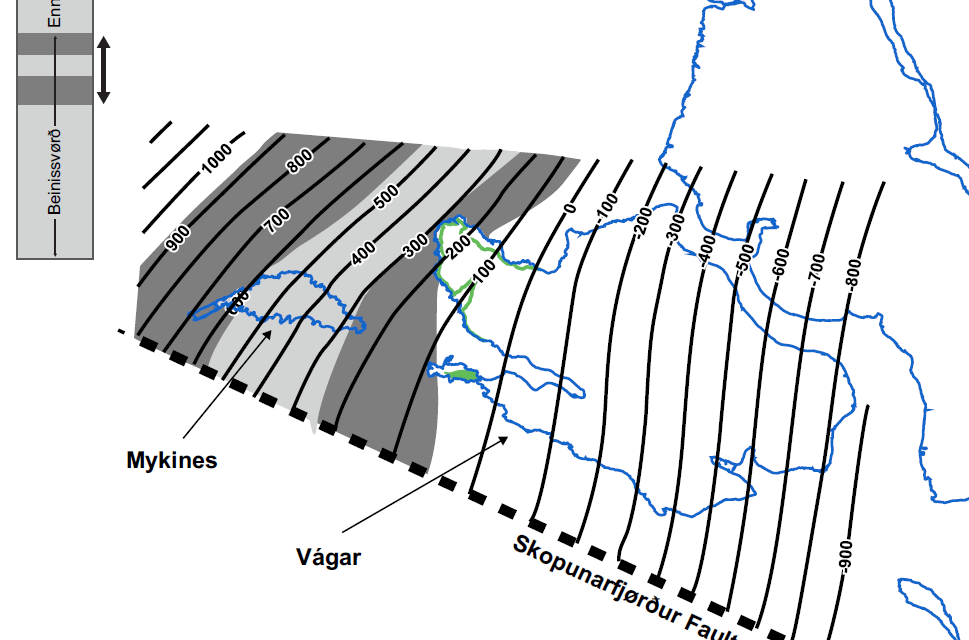 The paper “How natural remanent magnetization of basaltic units can dominate the reduced to pole magnetic value: A case study from the Faroe Islands” written by Heri Ziska (Jarðfeingi), Paul Williamson (BGS) and Óluva Reginsdóttir Eidesgaard (Jarðfeingi) has been published in Geophysical Prospecting.

Early attempts to utilize magnetic data to understand the volcanic and subvolcanic succession on the Faroese Continental Shelf have shown that conventional interpretation and modelling of magnetic data from this area leads to ambiguous results. Interpretation of the aeromagnetic data on the Faroese Continental Shelf shows that some previously identified basement highs coincide with reduced-to- pole magnetic highs, whereas others coincide with negative or mixed magnetic features. Similarly, igneous centres are characterized by different polarity magnetic anomalies. Palaeomagnetic analysis of the onshore volcanic succession has demonstrated that the thermoremanent magnetization of the basaltic lavas is stronger than the induced magnetism, and both reversely and normally magnetized units are present. We have tested this with 2½D profile modelling using the palaeomagnetic information to correlate highamplitude magnetic anomalies with basalt successions containing changes inmagnetic polarity. This approach has enabled us to map the termination of the differently magnetized units offshore and thereby extend the mapping of the Faroe Island Basalt Group on the Faroese Platform and into adjacent areas.