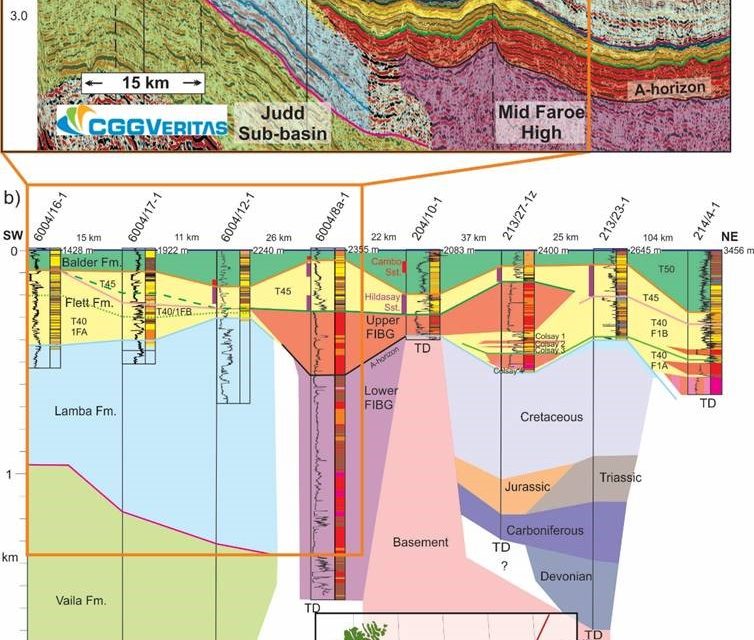 The age of the Faroe Islands Basalt Group has been discussed by geologists working in the Faroese area during the last two decades. The reason was that new studies 20 years ago proposed that the extrusion of the Faroe Island Basalt Group occurred between c. 57–54.5 Ma rather than in the timeperiod from 61–54.9 Ma, which earlier studies had proposed.

The research in this publication is based on seismic- and well stratigraphic interpretations and the conclusion is that the extrusion of the Faroe Island Basalt Group occurred in a timeperiod of at least 6 Ma, which supports the older studies.

Further information regarding the paper, can be obtained by contacting Jana Ólavsdóttir. Figure from the article