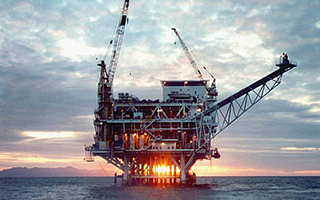 Press Release from the Faroese Ministry of Trade and Industry

In two years’ time it will again be possible for oil companies to apply for new exploration licences in offshore Faroes.  At a Drilling Conference in Torshavn, Minister of Trade and Industry Johan Dahl today announced that the 4th Exploration Round will be held in 2017.

“To some, it might be a bit unexpected to announce a new round, given the current low oil prices and the overall situation in the oil industry. However, time brings change. We know that there is oil to be found in our subsoil and that that our subsoil is underexplored.  Therefore, between now and 2017, we will be working diligently to optimize the conditions for a successful round,” observed Minister Dahl.

Exploration has been ongoing in Faroese waters for 15 years. To date, nine wells have been drilled and hydrocarbons have been discovered, but not in commercial quantities. However, a total of nine wells is not many in such an extensive region as the Faroes.  The Faroese Earth and Energy Directorate is of the opinion that several areas on the Faroe Shelf should be explored further, and that good prospects exist for commercial discoveries.

Given the current low oil price, it is believed that the time is not opportune to hold a new round, but, in order to give all interested applicants sufficient time to prepare and to provide the seismic companies the opportunity to acquire newdata, the new round is announced today.

In connection with today’s announcement of the round, the Minister has determined that the Open Door application procedure will be closed until after the round has been held in 2017.